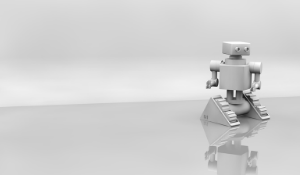 Better together: Automation and AI

Having worked in and around the AI and Machine Learning sphere for some time with Datamine, I’ve noticed that people tend to have one of two reactions to the growing prevalence of the word ‘artificial intelligence’:

1. The first reaction is positive - many companies are keen to hop on board with this new ‘AI’ wave and can use it as a reason for positive organisational technology adoption and change

2. The second is negative - people are concerned that computers are going to steal their job, or that they’re not prepared or skilled enough for a world “dominated” by AI

It’s worth exploring both of these reactions in the hopes that clarifying certain aspects will increase the shared understanding of what AI is (as well as what it is and isn’t capable of).

One of the most common misconceptions with regards to AI is its relationship with automation. It’s easy to get confused between the two because a lot of technologies that look like AI aren’t actually AI - they’re just complex automated workflows that computers can quickly perform, speeding up and digitisating a repeatable process.

Take something like customer targeting, for example: automating this activity might mean that you’re able to get the data, put it in the right format, run some rules or propensities across it and target customers in a smart way - all without a human needing to get involved beyond the initial setup. Where I normally feel a transition happening from Recurring Activity iconautomation to Artificial Intelligence and Machine Learning is when the information about the success or failure of the outcome is fed back into the process to make the next iteration(s) smarter or more flexible.

If you have an automated process (like customer targeting) and the market changes, that process will continue running without taking the changes into consideration. In theory, an artificially intelligent program will more quickly adapt to a change in situation. This is essential in areas such as fraud detection, for example – because as soon as you catch the criminals doing something, they change what they’re doing. In order to combat this, you need an iterative feedback loop to identify the new behaviours and changing patterns.

In today’s world with the current approaches and technologies, AI and Machine Learning initiatives generally work best with narrower and better-defined use cases, whereas you can automate almost any repeatable activity - assuming the inputs can be digitised.

AI is probably not going to take your job. Yet.

Whether you’re talking about automation, AI or Machine Learning, it’s important to remember that computers are dumb. They don’t know what they’re doing, but they're great at calculating things. Any application is only as good as the programming, the data and the training that’s been done on it – it doesn’t have any ability to say, ‘this doesn’t make sense’, although it can say ‘I can calculate the probability of an outcome based on what I’ve seen before’.

As a fun example, let’s consider image recognition. In order for an AI program to recognise a picture of a hotdog, you’ll need to show it thousands of pictures - hotdogs with ketchup, with mustard, grilled, boiled, half-hidden, half-eaten etc. On the other hand, show a hotdog to a three-year old child once, and they’ll be able to instantly recognise one in the future. Furthermore, if you explain to that child that a hamburger is like a hotdog, but flatter and rounder, he or she will probably be able to recognise a hamburger at the next BBQ. You want to get a machine to do the same, and you’ll have to start over from square one.

Training an artificially intelligent program to do something well requires a lot of data. Fortunately, we have an incredible amount of data these days – in certain places. That’s why large companies with access to much of the world’s data have an advantage in the AI and Machine Learning sphere. They’re able to run numerous tests and create feedback loops to help the machines learn. Smaller companies without access to the data required to run these tests and adequately train an AI application/tool will have a harder time getting these kinds of solutions off the ground – they’re better off plugging into the R&D of others to test the waters.

If your job does not involve highly repeatable processes, it will be a while before AI can replace you – but it can help you now. If you can identify parts of your organisation or your role that are highly repeatable, get in on the ‘AI’ action to free your time up for doing more value-add activities (this is often referred to as ‘human enablement’).

It’s hard to implement AI, but not automation

There’s actually a good chance a process you’re trying to optimise through AI or Machine Learning can be solved through automation and some simple rules or calculations instead, at least as a first step. AI initiatives are always preceded by automation, and automation initiatives can sometimes be converted into AI down the road – the two concepts, like Datamine’s values, are better together.

If you’re trying to optimise a time-consuming task, first determine whether or not it’s repeatable. If it is, and it doesn’t require complex human judgement, it’s automatable. Maybe the process is too big and complex to be automated in its entirety. In this case, break it down into steps and look at them individually - could any of those steps be smarter or than they currently are? If so, automate those specific steps of the process. In this case you are not changing a business process, just making it more time efficient. 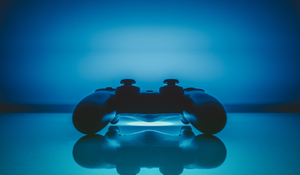