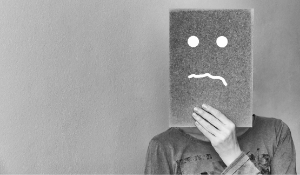 Fear is the virus we should fear the most

Ryan Jordan discusses why businesses should be careful not to fall prey to biases, and instead make decisions based on expert opinion and analysis if they want to survive the COVID crisis.

“The only thing we have to fear is fear itself.”

President Franklin Roosevelt uttered these historically famous words during his inaugural address in 1933 at the height of the Great Depression. He and his government faced a herculean task to recover the US economy after the devastating impact of the 1929 Stock market crash. 87 years later, these words could not be more pertinent.

History has shown that when a crisis hits, as humans we are quick to catastrophise. It’s how we’ve learned to survive as a species over several millennia. Faced with uncertainty and fear, our fight or flight instincts kick in releasing a cocktail of hormones and biochemicals that course through our bodies. Emotions run wild leading to hysterical changes in behaviour. Shelves of toilet paper disappear overnight.

Previous crises like SARS and Swine Flu have rocked consumer confidence in rapid fashion, sending share prices and stock indices into wild swings. Business and consumer confidence have plummeted. We’re now witnessing in real-time through COVID-19 how these hormones and emotions are severely impacting the economy. Key sectors such as tourism, aviation, food exporting and forestry are scrambling to cope with serious drops in demand or supply chain issues.

But it’s critical as business leaders and guardians of brands that we take a moment to put this crisis into context. There’s an opportunity to make smart decisions to ensure that businesses and brands come through the crisis strongly when confidence and certainty inevitably returns.

Decisions made in fear, without sound data and context, may actually prove detrimental to the long-term health of a brand’s growth. The SARS and Swine flu outbreaks led to a period of economic uncertainty, but the data shows the rebound back to normality was actually much faster than expected. A report from the Harvard Business Review only days ago suggested that an economic recovery may well be underway in China already.

So, it’s important as leaders to be aware of the irrational biases at work driving consumer behaviour:

Availability bias
The latest slew of statistics and numbers of infections and fatalities from across countries inflates the doomsday picture. These headlines drown out the more nuanced and credible opinions of qualified experts.

Confirmation bias
The empty shelves witnessed by many on their weekly shops confirm the imminent collapse of society. We scoff at the videos of fights in Australian supermarkets and then quietly put extra baked beans, toilet rolls and paracetamol in our shopping trolleys.

Herding effects
The more stories and anecdotes we hear, the less handshaking we do. It’s only natural to copy these exact behaviours, creating a domino effect quite out of proportion to the scale of the crisis.

As business leaders, we need to choose our mindsets in these moments of uncertainty. We must resist falling prey to these very human biases. Tory Higgins, a researcher at the University of Columbia, has described two types of mindsets businesses adopt in such crises.

First, there are those focused on prevention.

By contrast, there are Progressive companies.

The leadership of these companies deploy the optimal combination of defence and offence. They diagnose what cost to take out and what to keep investing in in order to pass their rivals ‘on the uphill’, emerging from the crisis growing faster and more sustainably.

In 2010, Harvard Business Review published an analysis of the strategy selection and subsequent corporate performance of 4,700 public companies over the last three recessions prior to the 2007-2009 recession. It noted:

“Few prevention-focused corporations do well after a recession, according to our study. They trail the other groups, with growth, on average, of 6% in sales and 4% in profits, compared with 13% and 12% for progressive companies.”

When it comes to marketing investment, historic analysis by the IPA from 2010 in the UK also showed that businesses that treated marketing as an investment and continued to build their brand and secure sales for the longer-term enjoyed stronger market share gains over rivals that cut marketing costs deeply. They actually primed their brands for greater growth when demand returned by keeping the brand front of mind for potential purchasers, even when they weren’t ready to buy.

Some sectors and businesses will need to take decisive defensive action to ensure their survival. However, the choices many businesses and brands make now may well dictate not just how they emerge from the COVID-19 disruption but their rate of growth over the medium to long term.

We also risk missing the opportunity to innovate and create new value in the face of these external forces that have shaken our assumptions. In 1998, Richard Liu opened a small brick-and-mortar shop called Jingdong, which sold magneto-optical products in Beijing. By 2003, Jingdong was thriving and had expanded to 12 stores. However, the severe SARS outbreak that year forced the citizens of China to remain housebound, threatening Jingdong’s future.

Recognising this as an opportunity to change direction and focus, Liu quickly reconsidered his brick-and-mortar storefront and the possibilities for the same idea using an e-commerce model.

Hundreds of thousands of innovations like this emerged throughout 2002-2004 during the SARS pandemic. Subsequently, SARS was largely credited for the dot com boom, as Chinese businesses who adopted progressive strategies innovated and invested in direct to consumer supply chains enabled by the internet.

COIVID-19 is taking a very real toll on those affected across the world and on the livelihoods of many New Zealanders. Right now it’s time to choose our mindsets, model behaviours as leaders and make decisions calibrated for the longer-term based on expert opinion and analysis, rather than falling prey to the biases to which we’re all understandably susceptible.

In the face of COVID-19, Roosevelt’s words remain as relevant today as they were in 1933 America. CEO Agenda in 2022: Harnessing the potential of growth jolts First published on the McKinsey &... 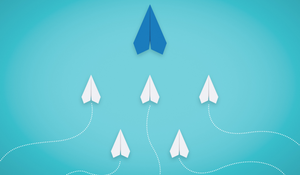 The latest CMO 2022 readiness episode on the great resignation and staff motivation and leadership...

Want to learn more about Leadership?