This report outlines the self-regulatory action undertaken by the ASA and provides a snapshot of key areas of work.

The ASA handled 1245 complaints about 570 advertisements in 2021. Possible code issues were identified in 284 advertisements and the ASA requested removal or change to 200 of these.

“In 2021, 97% of advertisers complied with decisions and where there was non-compliance this was generally in advertiser-controlled media (such as volunteer letter box delivery),” she said.

A breakdown of the ASA workload, complaints statistics and the most complained about commercial and non-commercial ads are included in the annual report.

The ASA is committed to working with the advertising industry to support compliance with the Advertising Codes of Practice and to ensure every ad is a responsible ad.

We are pleased to present you MA's 2021 Annual report. Record surplus, great feedback from members... 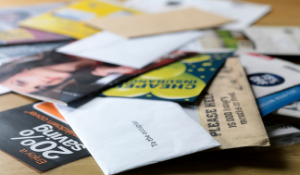 The MA met with Matt Geor, GM Mail for NZ Post, recently to discuss the inevitable increase in...
VIEW ALL