Time flies when you're having... fun?

Leigh McKiernon recently celebrated two years since he began working with global digital recruitment company Salt. Here he reflects on his journey, shares some lessons learned and discusses how by introducing a digital offering, Salt has been able to meet the evolving needs of clients.

Last week several connections sent through private messages congratulating me on my second anniversary with Salt. I’d likely have forgotten all about it myself if LinkedIn hadn’t reminded the world but since I was out of town and in reflective (read – holiday) mood over Hari Raya I thought a little about my journey thus far.

When I joined Salt 2 years ago, I joined a business with 8 years legacy in the Malaysia market as Firebrand (through acquisition) and subsequently Font before re-branding as Salt. That legacy was predominantly in the world of marketing and creative but we were on the horizon of a shift as these businesses were striving to become more digital as the needs and expectations of consumers evolved.

To address the evolving needs of our clients we focused on one of the leading drivers of digital change and went on to build a Technology offering from relatively modest beginnings with a vision of it becoming our leading specialisation in Malaysia, which it has over the past 2 years.

Salt has always worked globally on the premise of 4 specialisations - Technology, Marketing, Creative & Sales and structured our internal teams to reflect this. However, over the past 2 years we’ve seen an increasing number of digital roles become hybrid. As technologists progress into more commercial roles they need to understand the concepts of digital marketing; as marketeers have moved into digital they’ve needed to become conversant in the tools of the technologist; It’s no longer enough for a Creative to understand UI or UX, they also need to bring basic front-end development skills to the table.

We’ve seen an evolution of the local data scientist

True data scientists were generally found in the leading centres like London, San Francisco, Singapore armed with PhDs and doing the heavy lifting of algorithm creation in businesses that were on the bleeding edge in race to become data-centric and had already captured vast amounts of data. While the local candidate pool in Malaysia traded as Data Scientists, PhDs were few and far between with the majority of 'Data Scientists' actually fulfilling the role of Data Analyst.

As more businesses have put in place mechanisms to capture data to warrant the hiring of a true data scientists there’s still a focus on executing what’s being developed elsewhere while a genuine local talent pool has emerged for Insights candidates that can offer local interpretation and insight around the data organisations now have access to.

While it’s relatively straightforward to integrate the new workforce into the digital economy, organisations still predominantly consist of Gen X and early Millennial staff, some of whom hold a skeptical view to digital transformation and the threat that it represents to their rice bowl.

One of the biggest challenges and reasons for failure when organisations adopt technologies such as Artificial Intelligence, Machine Learning and RPA is that the foundation must be there. This foundation and often the data capture / integrity around it depends on the boots on the ground embracing the opportunity to evolve their own skillset. Those that don’t see that opportunity or work with companies that don’t provide the opportunity to re-skill, risk being left behind.

Talent retention is key the battle for digital mindshare

As an increasing number of graduates enter the workforce armed with digital skills, the growth in jobs and demand for talent continues to outpace the talent available. While hiring the best graduates is important, once they’ve acclimatised to the digital business environment, retaining this talent is crucial as a large number of businesses look to take the easy route, skip this incubation period and hire talent that have 1 or 2 years experience under their belt.

Culture plays an important factor in retention of digital talent, but culture shouldn’t feature at the expense of fair and just remuneration. Quite often the salary data provided to businesses has been collated in the 12 months prior, doesn’t account for additionally niche skill-sets within broader skill-sets and given the pace of evolution in the digital talent market, is considerably out of date by the time of publication.

Surprisingly, not much has changed in the world of software development

We pulled some insights together about a year back around hiring trends in software development and not a great deal has changed. Java has consistently remained the bedrock for many organisations looking for a secure back-end with demand for good Java developers outweighing their availability locally.

PHP has retained its position as a suitable language for full-stack development in businesses that want but perhaps aren’t looking to fully optimise their digital assets. While those that are looking to optimise their digital assets have moved the technology stack from PHP to the newer Javascript libraries / frameworks such as ReactJS and AngularJS while NodeJS is increasing in adoption for its back-end capabilities

On a global scale we’ve seen Python become the #1 programming language but that adoption hasn’t really replicated in the local market, with Python finding itself most widely used in data-centric roles rather than traditional software development.

Over the past 2 years we’ve had some fantastic clients whom we’ve become partners with as they understand how we’re uniquely positioned on the pulse of the market to advise on trends and market conditions related to talent attraction and retention. Likewise, we’ve worked with some organisations that don’t take full advantage of our insights, commoditise recruitment and end up with a race to the bottom on unsustainable percentage fees or recruitment practices.

The main takeaway from the past 2 years at Salt and the opportunity I’ve had to build a market leading technology team is that in the digital economy, good ideas are easy to come by, but the key to their execution (and success) is dependent on attracting and retaining the best talent. 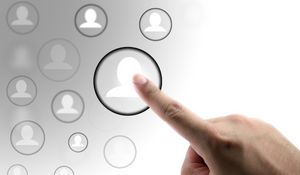 What to consider when creating your next job brief

Top 10 factors to consider when creating your next job brief Are you looking to hire someone new... 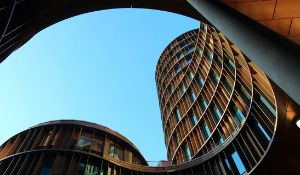 Not everything bad was caused by the pandemic... The talent shortage is strangling just about every... 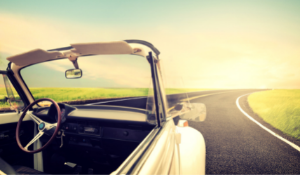 Over the coming months, we’ll be catching up with some of Melbourne’s UX Leaders about how they got...

Want to learn more about Careers?