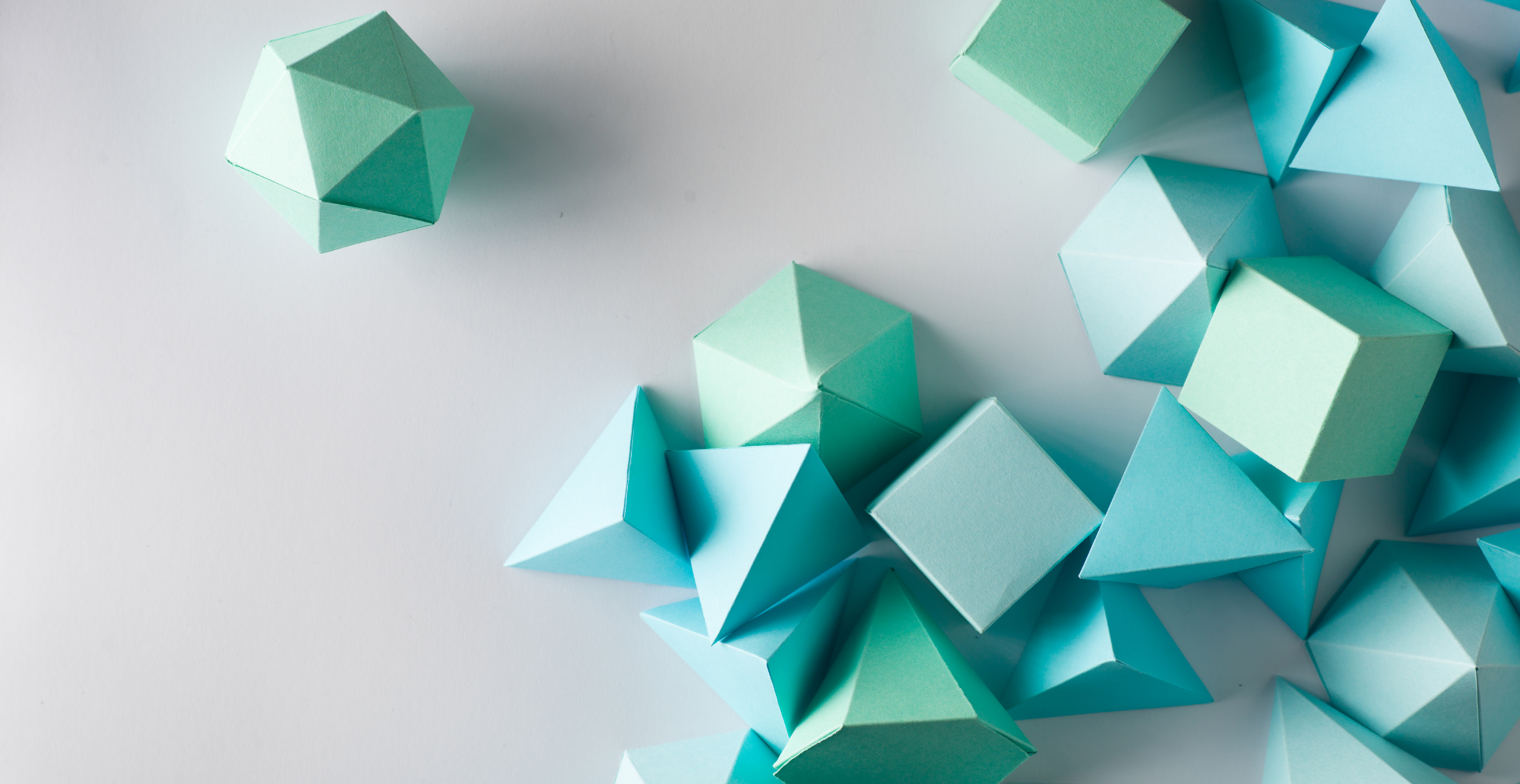 Making the switch to Google Analytics 4

I hear you. You know this already. What you really want is to understand what the implications are so that you can prepare for the change as best as possible.

How significant is the change to GA4?

A bit of history: To date, Google Analytics for websites has been based on Urchin Analytics, a product Google purchased back in 2005 and then turned into the very first version of Google Analytics. This product evolved and had features added over time, but largely it’s been the same product. If you think back to 2005, at that point in time there were no such things as smartphones or mobile apps.

By contrast GA4 is a product that has its foundations in the mobile app world. Google acquired a company called Firebase in 2014 which was a mobile app development and management platform. Google then developed Firebase Analytics as an add-on and way to provide analytics for mobile apps. This integrated with the Firebase platform but could also be used as a standalone mobile app analytics platform. Over time, Firebase Analytics became Google’s preferred product, was evolved to track websites and, eventually, given its current name of Google Analytics 4.

How is this relevant? Two ways:

It’s also arguable that there has been a growing need for an analytics platform like GA4. Businesses have wanted to provide their customers with a seamless experience on their mobile app and websites. This has led to a convergence between mobile app functionality and website functionality. On the mobile app side of things, there are some mobile apps that are simply containers for web based HTML and JavaScript based content. On the website side of things, single page apps (SPAs) share similarities with mobile apps. There are also development frameworks such as React Native that allow developers to build platform agnostic applications that will work in both web and mobile apps.

So is GA4 better?

This is where I really, really want to say, yes, but it’s not as simple as that. The truth is that it depends.

You may have heard some people say that they hate GA4. As a general rule, people are resistant to change, and this is part of it, but I don’t think it tells the whole story. There are several factors at play here:

GA4 has many features that Universal Analytics doesn’t have that fit the modern world better.

Many features previously only available in the premium version, GA360, are now free with GA4:

However, there is definitely a sense with GA4 that “while the right hand giveth, the left hand taketh away”:

Lastly, the big elephant in the room is the GA4 interface. Even though GA4 might have great data, and great custom report-building capabilities, there are very, very few pre-built reports in the interface. The assumption is that you will build your own reports in the Explorations section, but the reality is that to do this you need a good understanding of the GA4 data model, the collected data, and how to use the Explorations section to build custom reports. By contrast Universal Analytics has over 300 pre-built reports with multiple ways of visualising them in an easy, intuitive interface.

The hope is that GA4’s interface will improve as time goes on, but it has been a major source of criticism to-date, even from analytics professionals. In defence of GA4, I would encourage you to build your reports in Data Studio where you can add data from other sources and reduce your data silos. Perhaps, the GA4 interface reflects the fact that Data Studio is now available, while it wasn’t when Universal Analytics was released.

In short, I think the types of organisations that will see GA4 as a downgrade are likely to be ones that have a website but no mobile apps, where there is no ability to login to the website, and where time-to-conversion is short and last-click attribution is a good enough attribution model. For most other organisations I think they will eventually appreciate that there are pros and cons, and hopefully get to a point where the pros outweigh the cons.

At the end of the day, it’s all academic. If you want to continue using Google Analytics you have to switch to GA4. The following sections detail what you should do.

What should I do now?

Even though Universal Analytics won’t stop collecting data until 1 July 2023, this doesn’t necessarily mean you can wait until then to implement GA4.

You won’t be able to transfer any of your Universal Analytics data into GA4 so if you want to be able to compare data from July 2023 to July 2022 in the same Google Analytics property, then the only way you’ll be able to do that is by setting up GA4 before 1 July 2022.

This doesn’t mean you need a full implementation from the outset. Initially you might want to set it up to an MVP (minimum viable product) level to ensure you are collecting key data as soon as possible:

Setting up an MVP property in GA4 will also give you a GA4 property in which to practise and start getting to grips with GA4.

What should I do in the next 3 months?

Get to understand what GA4 is all about and how your organisation might use its different features. If you have set up an MVP GA4 property use this to learn with. If you don’t, you can use Google’s Demo account which has data from the Google Merchandise Store.

Your aim at this point is not to become an all-out expert, but to inform yourself enough to understand how GA4 can benefit your organisation, either through its new features or its additional customisation abilities. Start forming a picture of what your GA4 implementation might include.

What should I do in the next 6 months?

Set your GA4 property up for the long term. Use the switch to GA4 to improve and evolve your analytics setup.

Once you have your tracking plan, implement the tracking.

What should I do in the next 12 months?

Move your reliance on Universal Analytics data to your new GA4 data.

Hopefully, this process will happen organically as a result of better or more useful data in GA4. However, in the case of the previously mentioned downstream dependencies on Universal Analytics data, this is the time to start migrating those to use GA4 data.

Also consider the fact that GA4 has fewer pre-built reports than Universal Analytics. Many reports that you have been using may not exist in GA4 so you may need to build custom reports to replace them. You can build these reports either in the Exploration section of GA4 or you can build them in Data Studio.

Given this, you also need to think about the new 14 month data retention period in the free version of GA4. Is this something you can live with? If not, you need a solution. One solution is to use the free BigQuery Export feature to retain all your historical data and build reports using that data. The other solution is to download or extract the specific data you want to retain beyond 14 months from Google Analytics before it is discarded. You can do this either manually through the interface, through Data Studio export features, or though the GA4 API.

Extract any historical data you think you may need from Universal Analytics.

Define what data you want to retain and how far back you want to go. Then, extract this using the Universal Analytics interface, the API or the export feature in any Data Studio reports you’ve built on Universal Analytics data. However, a word of warning. When you extract data with long date ranges in Universal Analytics, there’s a chance that the data will be sampled which can significantly impact the data’s reliability. Always check whether the data you are extracting has been sampled. If it is, the solution is to chunk your extractions into multiple shorter date ranges that aren’t sampled.

Like it or not, we will all have to switch to GA4 on 1 July 2023. There will be new features that we greatly appreciate but there are going to be some frustrations too. It is very likely that Google will try to iron out many of those frustrations through new features and reports. However, some negative changes are here to stay and we just have to learn to live with them or find ways to work around them.

The important thing is that we don’t get caught out by delaying setting up GA4 too long. Most organisations will want at least 12 months of historical data in GA4 by the time Universal Analytics is deprecated, which means the time for action is now.

While we are making the change, it’s important that we focus on what we are gaining with GA4 and take advantage of the new features. It is an opportunity to improve what we track and the quality of our data.

The change to GA4 also comes at a time when other changes are occurring in relation to privacy and 3rd party cookies. There is a need to reset the way we do analytics, and ensure that our activities are ethical and respect the trust our customers place in us. 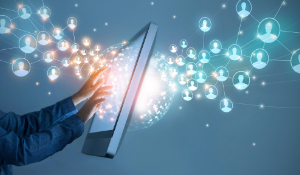 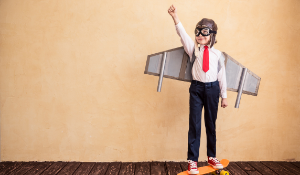 How to Succeed at Data Analytics

Most analytics boils down to one simple action that anyone can understand. It’s not technically... 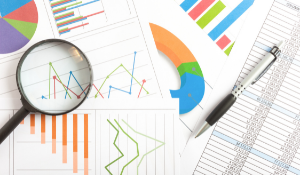