How to ensure your influencers are influential

Influencer marketing harks back to the 1800s, but thanks to the power of YouTube, Facebook and Instagram, anyone who wants to become an influencer, can be one. For brands, the ease by which they can tap into and utilise the influence and reach of said social media influencers has helped to make this tool trendy again, which is why we're hearing about it more and more.

The influencer marketing movement is hurtling forward here in New Zealand, and many brands are beginning to take it seriously. But there are a few things to consider before throwing it into your next social media brand strategy:

Jeremy Marks, managing director of social media agency MOSH, says: "With ROI, the jury is still out on influencer marketing. Not that it's any fault of the influencers - they're doing their part, but very few brands and agencies are utilising sophisticated enough tracking to determine if there is an ROI. So, for brands considering paying influencers to promote their stuff, we would recommend setting up some fairly robust tracking and metrics.

"Whether you're engaging a single influencer across a multi-week campaign or matching 20 profiles to your brand and seeing what sticks, you won't really know what return you're going to get unless you're tracking the clicks, purchase, and sign-ups for example," he says.

How authentic are the notable folk you're paying to deliver brand messages to your audiences?

Consider this, then spend some time researching and watching their social media activity. Do they have real sway in their field? Do they have strong engagement with their audiences?

"Instagram influencers have been known to have lots of fake followers  we get approached all the time by budding influencers wanting to make it their full-time gig. A quick check on something like Followercheck (could also be called 'reality check') can be quite revealing," says Marks.

While both reach and influence are important, you'll want to consider if your influencers are reliable and professional too. Can they make regular, great-looking and entertaining posts that your audiences want to engage with?

3. Leaders within your own audiences

It can also be helpful to look for the most engaged, loudest, or most relatable people in your own existing audiences - and use them to sample your products or mention your brand. These people typically comment on and share your posts, plus have an average-to-decent social network themselves, who in turn get to see your stuff. A quick Google of 'Who are my influencers?' will present you with a range of apps and tools to help hone in on these real people micro-influencers.

4. Allow your influencers to be genuine

You've chosen influencers because they're generally real people with achievable identities. By all means, create a tight brief, but then take a step back and let your influencers pour their own voice, personality and creativity into the posts they create for your brand. It's this real content that will build loyalty and engagement with your social media followers in the long-term.

Finally, Marks recommends this Bloomberg article, 'Confessions of an Instagram Influencer" as a must-read for anyone considering using influencers as part of their next marketing activity. 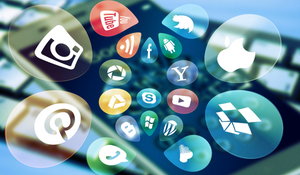 GWI's flagship report on the latest trends in social media

In this Report GWI's Social flagship provides the most important insights on the world of social... 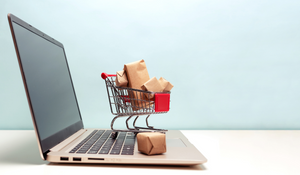 Be part of the hype: Introducing Product Drops

Be part of the hype: Introducing Product Drops Picture this: Your favorite brand announces that... 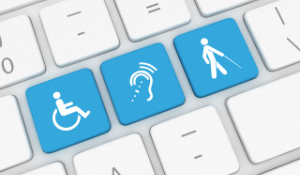 Social Media Accessibility Checklist: You need this in your marketing toolkit!

Instagram recently published an update on their accessibility improvements. They talked about how...