The first session of the Marketing That Matters conference saw designer Karen Walker and Nuku Ora CEO Phil Gibbons take us through their different experiences working with multicultural groups in the name of community collaboration. If you missed it, here is a quick rundown of how they worked to connect with cultural counterpoints to create something meaningful.

As marketers, when looking to include certain groups and communities in our efforts, it’s important to connect with individuals from those groups. Overall, this can better help us understand the most appropriate way to show up and show appreciation for those cultures.

In the first session of the Marketing Associations’ four-part series, Marketing That Matters, Designer Karen Walker and CEO of Nuku Ora, Phil Gibbons, gave us their insight into working closely with bi-cultural groups to extend their knowledge, education and appreciation of the rich cultural identity that surrounds Aotearoa.

During this session Karen Walker took us through her experience when she was asked to represent New Zealand at the inaugural Commonwealth Fashion Exchange showcase held at Buckingham Palace in 2017.

The designers representing each nation were partnered with artisans to create different looks. Karen Walker’s partnership was with craftswomen from the Cook Islands, the Kūki ‘Airani Creative Māmās based in Māngere in Auckland, led by then 73-year-old lead artisan Māmā Tukua Turia.

“In essence, Tivaivai are bed coverings,” said Walker. “But to Cook Islanders, they are much more than that and represent a manifestation of love and honour which are gifted to family and community to mark special occasions. They are meant to be treasured so are seldom sold. Cook Islanders believe they are love in a physical form and to be gifted a tivaivai is to be literally wrapped in the love of the person who made it for you,” she said.

In her keynote, Walker talked about the importance of collaboration and bringing these women together through art, and how through their work together Walker was granted more than just a new design.

“The whole project taught me about the art of Tivaivai, about the history and the cultural relevance of what it means. It taught me about a new way of working that reflected the Cook Islands, it also taught me that laughter and joy are always at the heart of this work. They show us that love is at the centre of everything they do,” she says.

Walker said in the session that it was important for her and her team to ensure that the traditions of the Cook Islands were respected.

“We did that by handing over the power. The collaboration wasn’t about what we were taking to market or anything like that, it was about handing them the tools to be able to do what they wanted.

“To me, that was the best way to be able to show respect and honour the traditions that they had in place, by taking a step back and giving them the power over the outcome,” she said.

Speaking also at the series was Phil Gibbons, CEO of Nuku Ora, who recently rebranded from Sport Wellington. Over the last 18 months, Nuku Ora embarked on a process that would lead to the creation of an identity that better encapsulated the everyday mahi (work) that they do as an organisation.

In his keynote, Gibbons explains that the original name, dated back to 1992, didn’t reflect the company's values or its future goals, and were struggling to take its full value proposition to other sectors and to other communities.

“We knew we needed to reconnect with our original purpose that was set some 30 years ago. We had an idea of the values that we wanted to be recognised for. We never had the structure and weren't in a position to be able to support the strategy. And we weren't sure that we had the right skills and experience amongst the team here at Nuku Ora,” he said.

So Gibbons and his team pursued a solution, one which led the organisation to connect with the local Iwi and communities to see where the gaps were in their current brand purpose.

They connected with the likes of Te Atiawa, Ngāti Toa Rangatira and Rangitane o Wairarapa alongside regional sports organisations and local councils to get direct involvement with the new rebrand.

“We said we had wanted to be brave, we wanted to be leaders in the approach to the decisions that were needed at each stage of the process. One thing right from the outset was we didn't want to have just a Te Reo translation of our existing name. Underpinning the rebrand was a focus on collaboration and partnership, and what we wanted to achieve in the communities” he said.

As a result of developing and then adopting a strategy and a clear direction, Gibbons says they sought internal and external feedback to determine whether they should change their name to better align. And in November of 2021 Wellington Sport became Nuku Ora, translation: activity, movement, life, and joy.

Gibbons expressed that for any businesses looking to reaffirm their identity or values within the market, it’s helpful to bring people together as part of that community you engage with.

For him, connecting with bi-cultural groups provides them with the tools to build their own confidence and competency in the space.

“When we were working with those groups, we needed to make it very clear that their help was contributing to the overall mission. Now, we have a group of people who have taken ownership of enabling the rest of us to build confidence so that we can go into the community and work respectfully with two of the major Iwi here in Wellington,” he said.

During the session, Gibbon also highlighted the steps his organisation took in rebranding to better connect with the community, one which he said, “was easier due to the constant communication we had with certain groups.”

Walker in her keynote echoed Gibbon’s statement, saying that effective co-design came from working together closely, but she also acknowledged the importance of knowing when to take a step back and let the members of that community show the best way forward.

"Just be prepared to go with it. You have got to have more consideration for the groups you’re working with. But sometimes, if you’re willing to give up the usual rules of engagement and control, the gifts that come back to you are unimaginable, unpredictable, and unmeasurable,” she concluded.

Overall, the session provided insight into the importance of collaboration when it comes to connecting with cultural communities. These two speakers highlighted the difference they were able to make by leaning on the diverse groups that make up our market. Lessons that can be emulated market-wide as many start to incorporate more bi-cultural aspects in their marketing.

If you missed out on this session, register here to access the on-demand recording and catch the next Marketing That Matters session live on March 8, 2022. 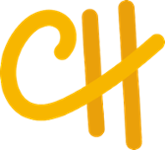 B2B doesn't have to be boring
Find out more 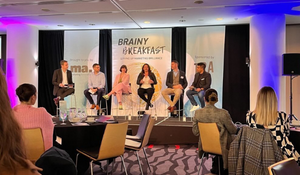 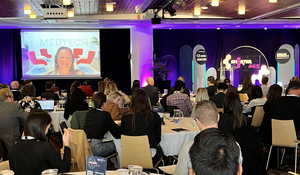 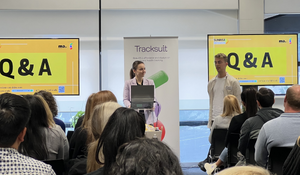